Last Saturday we checked an item off our New York bucket list and headed to Yankee Stadium! The Seattle Mariners were in town for the weekend and it was too great an opportunity to pass up. We had a crew of 10 people, combined of old and new friends, and headed to the Bronx to take over almost an entire row in the grand stand seats.

I’m not a huge baseball fan but I do love the atmosphere and energy of baseball games. Though this Yankee Stadium is not the original, it is still packed with historical memorabilia and fun artifacts. 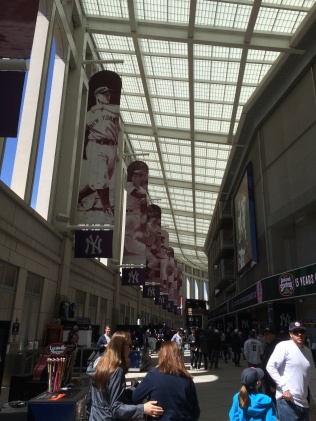 We caught an especially warm day but we all endured our impending farmers’ tans together. All together in the front row of our section, we had a perfect, unobstructed view and were able to catch the pre-game festivities. One of which was the starters line-up announcement on the jumbotron. We got a kick out of the fact that the played the Darth Vader theme song while they announced the Mariners’ starters. Our first Mariners’ away game was off to a running start!

The whole game was a blast. Half of the group were Mariners fans while the other half wore their Yankees gear accompanied by lots of playful banter (Lots of boos from the whole Yankees crowd whenever ex-Yankee, current Mariner, Robinson Cano was up to bat!). Craft beers, Nathan’s famous hot dogs, different domestic and imported beer at every other concession stand were perfect additions to the day. The cherry on top of the awesomeness was the Mariners 3-2 victory! 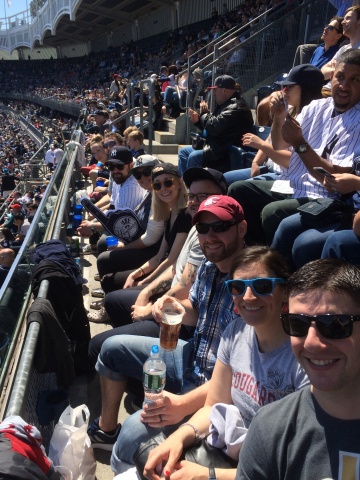 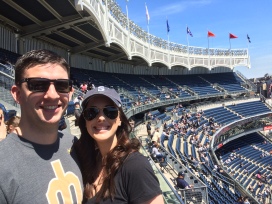 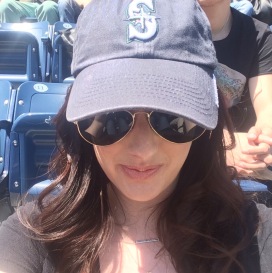 I can’t wait to come back for more games! Especially because my new favorite part of going to a Yankees game is the 7th inning stretch…

Oh yes, snaps and spin moves and all!